There’s a reason that James Rolfe’s Angry Video Game Nerd character has outlasted and out-performed so many imitators – the veneer of showmanship and the pantomimed, goofy, insincere anger are worlds apart from the genuine venom spewed by those he seems to have influenced. The Nerd isn’t a dangerous, hateful entity – he’s funny, he’s silly, because James understands that it’s absurd to get mad about video games.

With such popularity and longevity, it was inevitable that The Nerd would see a videogame outing of his own, and Freakzone’s Angry Video Game Nerd Adventures hit Wii U and 3DS in 2013 to a decent reception. An accomplished, confident quasi-masocore platformer, it was a short but sweet piece of AVGN fanservice with solid level design and a nice line in hidden content. Still, it was a surprise when sequel Angry Video Game Nerd 2: ASSimilation hit PC exclusively in 2016. Much improved from the original, we felt it was a shame that this superior follow-up never hit consoles – until now. 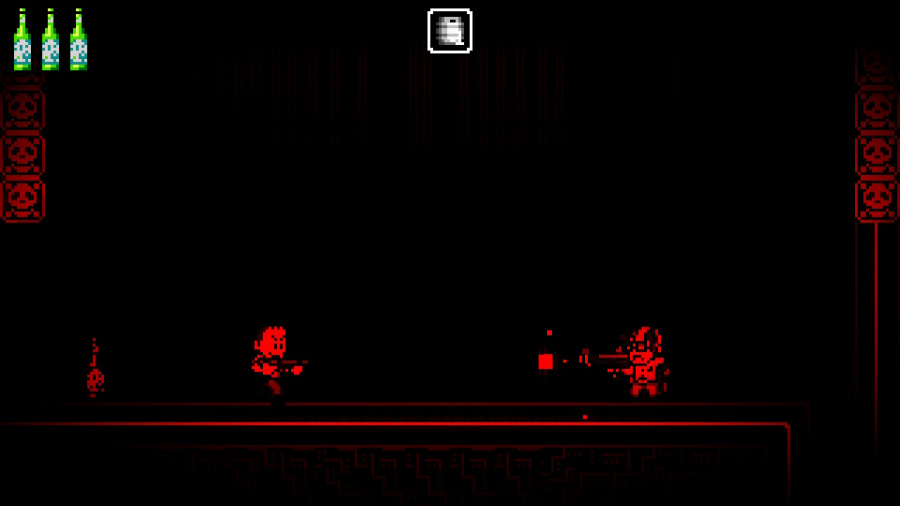 So here we have Angry Video Game Nerd 1 & 2 Deluxe, containing both games with a host of upgrades and extras. Most prominently, the original game has been massively overhauled with the far better graphical style of its sequel – the colours look superbly vivid – and copious improvements to the level design.

We can’t stress this enough; it’s so much better here, it’s like a totally different game in places. The continuous appearance of “death blocks” – disappearing and reappearing obstacles that instantly killed you – has been swept aside, 99 percent of them replaced by spikey balls that merely do damage. This reduces the challenge, yes, but in a meaningful way that simply makes AVGN Adventures better. There are also new secrets and some superb overhauled music. We let the game sit on the level selection screen just to listen to the excellent remix of the AVGN theme.

Sequel ASSimilation, then, is new to Nintendo fans, and it’s a welcome sight. There’s just one problem – it’s no longer better than the original! While ASSimilaton is very good (and has also seen tweaks from its original form), the improvements to the first game render it, in our opinion, a superior experience. It’s a bit of an odd situation to be in, but it’s best to look at AVGN 2 as an example of sequel escalation in every way. Much harder, it adds a clutch of new mechanics such as Mega Man X-style wall-jumping, and similarly-inspired unlockable upgrades (based on NES accessories such as the Power Glove) that grant The Nerd new powers; use of these abilities evens the odds a little, but the game still wants you dead with stages full of instant-death traps like the beams in Area 51, or the aforementioned “Death Blocks” appearing out of nowhere in the Monster Madness-inspired stage. 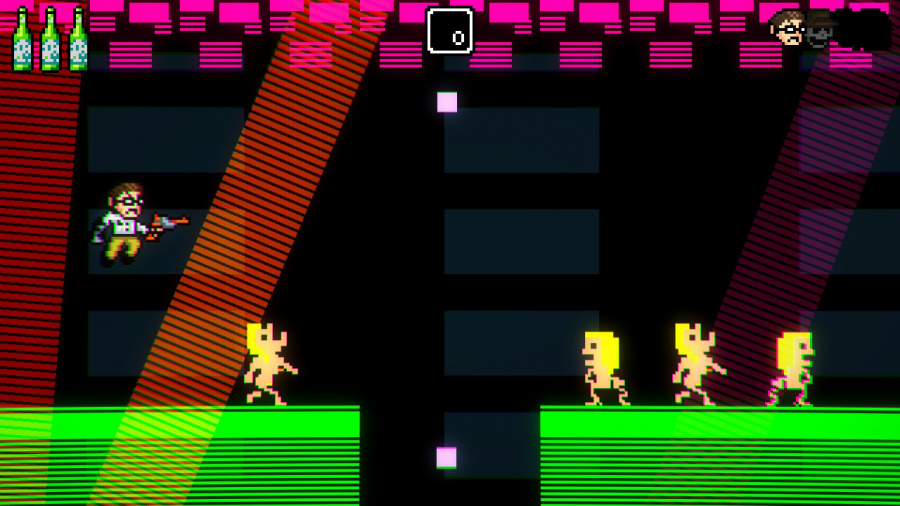 Despite this difficulty, the bite-sized stages don’t outstay their welcome, and checkpoints are placed liberally. It’s tough, and can be frustrating (have stages with limited visibility EVER been fun?), but it’s very compulsive – you’ll often die within sight of the next marker, driving you to succeed. There are numerous difficulty options, too, and the lower ones (including default) grant infinite lives, making things much more palatable – if perhaps a little rote in places without the tension that limited tries bring to the table. Higher difficulties will also bring back the “Death Blocks”, for the masochists among you. The main difficulty we had was with RSI – mashing the fire button to blast away at bosses got downright painful and we wished in vain for a rapid-fire feature.

It’s an absolute smorgasbord for Angry Video Game Nerd fans, with a metric ton of references, gags and nods to classic episodes of the show. Being based on the show that brought us “diarrhoea dumps” and “the Nerdy Turd”, you can expect a lot of scatological humour, but much of it works well – the boss of the Monster Madness stage is genuinely funny. Clearing both included games – they’re not very long, so this is very much achievable with perseverance – unlocks a brand new final world, replete with the gimmicks from the previous ones and some more contemporary AVGN episode inspirations – watch out for the Dynamite Headdy-inspired Big Rig.

Well-produced and undeniably fun, Angry Video Game Nerd 1 & 2 Deluxe will definitely lose something for non-fans, but it’s a world above the turgid likes of PoopDie. This re-release elevates the workmanlike original to the point that it almost outshines its formerly-leagues-better sequel, but both games are good stuff. It’s comfortably the best “YouTuber game”, and this edition polishes it up in all the right places. If you’re a fan of the AVGN, it’s a must-buy. If you’re not, you’ll probably still enjoy yourself – Freakzone has crafted a meaty, responsive and rewarding pair of platformers that genre enthusiasts will get a kick out of. If you’ve already played both games, the extra chapter isn’t lengthy enough to demand a double-dip, but it is a nice inclusion regardless, and this version is undeniably the better option. (Whoops, we almost forgot the best news of all – the Nostalgia Critic has been entirely removed from ASSimilation. Let joy be unconfined!)