We don’t know about you, but Halloween is one of our favourite times of the year. Autumn is in full force, supermarkets are littered with skeletons and pumpkins, and it’s possibly the only time of year where it’s acceptable to watch The Exorcist on repeat while gorging on Toblerone (although you’ll forgive us if that’s been our Saturday night ritual for much of the year — 2020, eh?). For most of us, Halloween will likely look a bit different this year; some may not even bother celebrating at all. Thankfully, though, Pumpkin Jack has arrived to fill the ghostly void, and we’re delighted to say that it’s absolutely worth picking up.

If you’re a fan of the classic action platformer MediEvil, then you’ll be right at home with Pumpkin Jack. Taking place in the quiet, dreadfully boring Arc En Ciel Kingdom, the Devil himself conjures up a curse to plunge the kingdom into depths of despair, unleashing monsters and ghouls upon the poor, unsuspecting residents. The King tasks his champion Wizard to defend his people, so in retaliation, the Devil enlists his own champion to take on the Arc En Ciel Wizard: Stingy Jack. 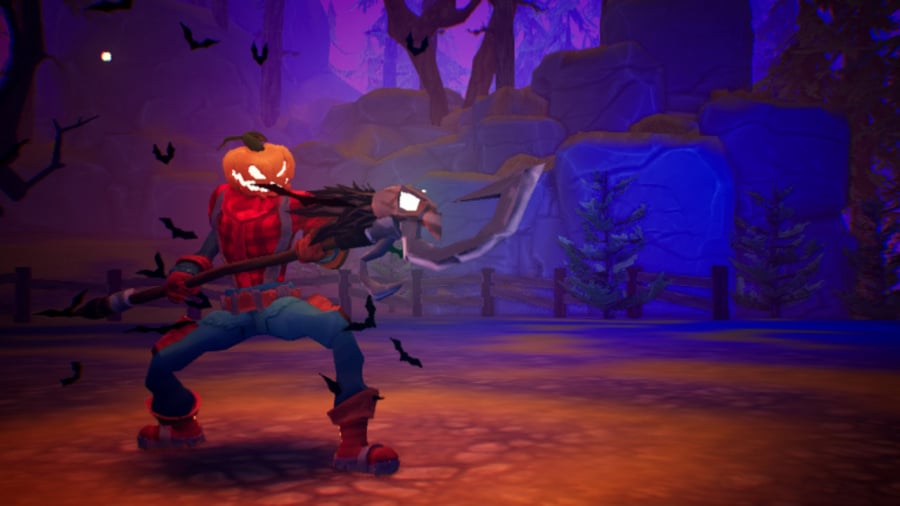 The story is about as in-depth as you need it to be. As you traverse the land, you’ll encounter a rather mouthy owl, who guides Jack along his 6-8 hour quest with hints, tips, and the occasional jibe. Other characters pop up here and there, including a merchant who sells cosmetic skins, and a range of spooky boss characters that will test your platforming and combat skills. The character and world design is simply magnificent, and there’s plenty here to really kickstart a successful franchise, should the developer choose to do so (oh, and we should mention that Pumpkin Jack was developed by just one person, Nicolas Meyssonnier, with Adrien Lucas on porting duties).

The stages themselves are fairly open, whilst maintaining a comfortable level of linearity. You can stray off the beaten path to find hidden crow skulls (which can be exchanged for the cosmetic skins mentioned earlier), but by and large, you’ll be following a designated path from A to B. It’s really well done, and while a couple of levels suffer from a touch of repetition, most of them are expertly paced, injecting new and absurd tasks from riding a ghostly horse through a swamp to navigating a magical maze that brings back vivid memories of Ocarina of Time’s Lost Woods.

Gameplay is split between platforming and combat, with a few mini-games sprinkled in for good measure. Fighting off hordes of the undead (which, of course, can’t distinguish between friend or foe, and so attack Jack regardless) is relatively simplistic, but consistently satisfying. Tapping ‘Y’ unleashes a combo that is more than capable of cutting down most basic enemies, and you can also perform separate attacks whilst in the air. As you complete each level and its subsequent boss, you’ll be gifted with a new tool of destruction, including a magical sword, a blunderbuss, and a spear. Each has its own unique attack animation, and we particularly enjoyed how the magical sword allows Jack to float along the ground like a powerful mage. 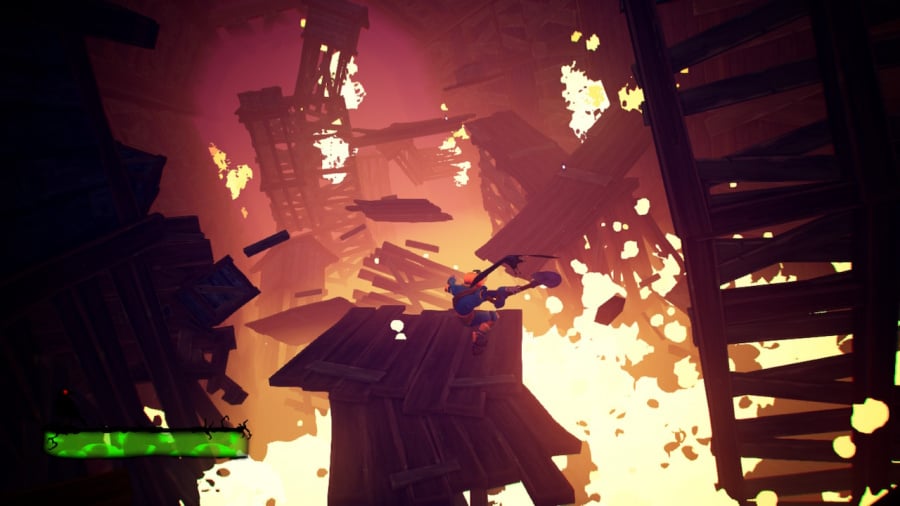 The platforming is a touch trickier, and can cause a bit of hassle here and there. Jack can double jump right from the start of the game, but his movement is severely hampered once he’s in the air. This means that if you misjudge a jump and go off in the wrong direction, it’s quite difficult to correct this, and you’ll end up falling more times than necessary. It’s a minor gripe, though, and doesn’t rear its head too much, particularly once you’ve gotten to grips with how Jack controls. On the whole, the platforming is well implemented, and there’s plenty of variety to keep you on your toes, including rotating columns and bouncy mushrooms.

Visually, Pumpkin Jack isn’t going to compete with some of the Switch’s more accomplished titles, but in terms of its art design, it’s absolutely wonderful from start to finish. It’s typically ‘Halloween’, with oranges, purples, and greens making up the majority of the colour palette. The environments can feel a tad bare at times, and some of the assets tend to fade away on occasion (though we might argue this actually adds to the spooky effect at times!), but the variety on display here is commendable, and the game rarely, if ever, feels stale. If you’re playing in handheld mode, though, just be aware that the graphics look quite rough in comparison to docked mode. 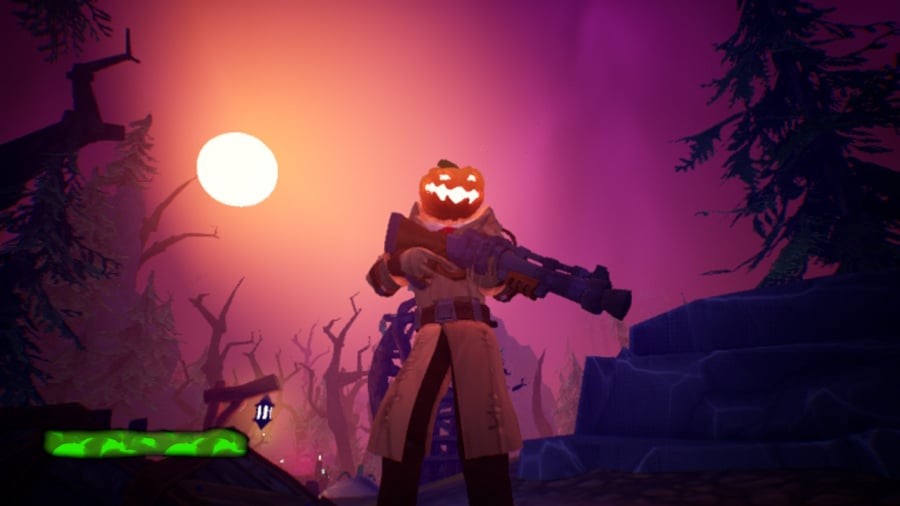 One housekeeping measure we would recommend if you do decide to take the plunge on Pumpkin Jack is to make sure you crank up the camera sensitivity. The camera works really well for the most part and rarely gets in the way of the action, but its default setting is far too slow. Moving the dial right up to maximum is definitely the way to go here, and makes the gameplay feel much smoother as a result.

Pumpkin Jack is an absolute triumph. For a debut title, it’s remarkably confident in its vision, delivering a delightfully spooky experience that feels very familiar to MediEvil without outright copying it; in fact, with MediEvil’s controls feeling distinctly dated by 2020 standards, we’d go so far as to say Pumpkin Jack is superior. The controls are slick with satisfying combat mechanics, and while the platforming can occasionally feel a bit frustrating, it’s mostly very well done. Visuals in handheld mode can look a little grotty, so we’d recommend playing on the TV if you can, and make sure you crank up that camera sensitivity. Fear not though, folks; Halloween is well and truly alive in 2020 thanks to Pumpkin Jack.