Playing The Long Dark made us feel cold. Sure, the longer nights are slowly drawing in, but this ambitious port of Hinterlands’ 2017 survival hit exudes such a frosty atmosphere that we were reaching for the blankets. The stylised visuals, muted use of colour and the sheer pitch-black oppression of the nights spent in this hostile world almost make it seep out of the console. Or maybe it’s you seeping into it. Pretty difficult to tell in the dark.

The game’s core mode is the aptly-named Survival, which pitches you into The Long Dark’s post-apocalyptic environment with not much else besides your wits and a drastically declining set of gauges measuring your temperature, hunger, thirst and other things that make you die if you don’t have them. Moving around in first-person, you’ll need to forage and hunt for food and water, harvest wood and other fire-starting supplies, evade dangerous wildlife and generally try to avoid pushing up the daisies. 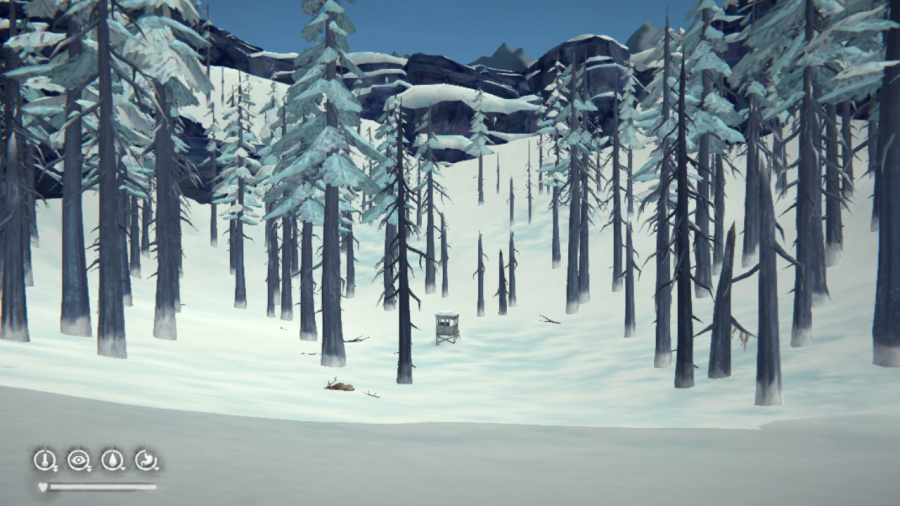 In this mode, though, that’s the only way the story ends – it’s about seeing how long you can last in the wilderness rather than reaching any kind of happy ending. You won’t be saving any princesses in this mode – surviving another night in the perishing cold is the only reward for your ceaseless toil. Items and objects move around in each game instance, too (though the maps don’t change), so you’ll never survive the same winter twice. Plenty of difficulty settings let you ease your way in, but no matter which one you pick you’ll find yourself a hefty challenge.

Control-wise it’s all very much adequate, though far from accessible in some ways – using any kind of projectile, all the way down to a lonely pebble, is an exercise in wildly varying aim; it’ll take you a good few throws of said tiny rocks in order to learn exactly how your stone is going to sail through the air and hopefully bonk a poor little bunny rabbit on the head. It’s a steep learning curve, and the game – and nature itself – really doesn’t want you to live. Wolves and bears are one thing (well, two) but it’s the onset of the jet-black night that will really be the reckoning of many survivors. It’s not just “dark”, it’s blacker than the blackest black, times infinity. And if you’re out of supplies – no matches or fuel for a fire – you’re going to have a bad time. 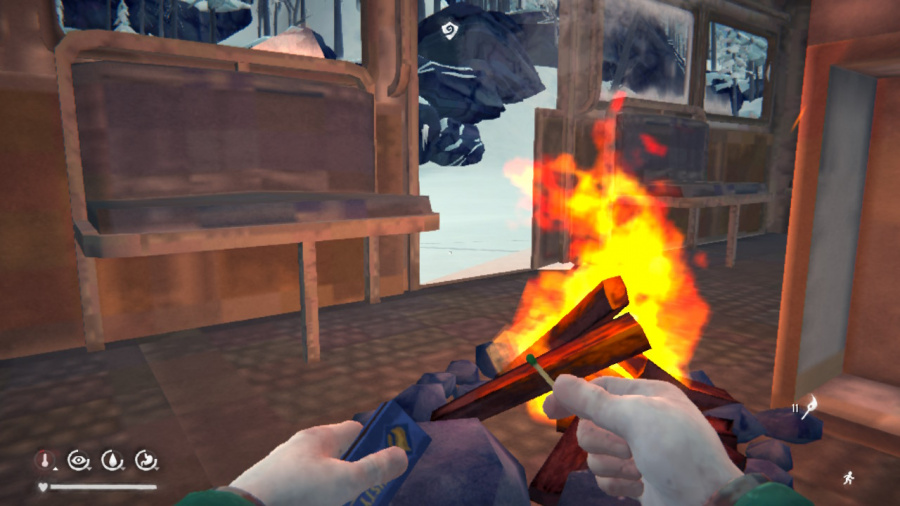 For fans of endings, there are a couple of other modes on offer that change up the experience; the inclusion of an episodic story mode is a welcome touch, acting almost like an extended tutorial for the main-attraction Survival mode, but it still lets you off the leash with plenty of exploration. Unfortunately, we thought the story itself felt a little generic and poorly written; the dialogue is certainly well-performed, but it’s nothing you won’t have heard before a thousand times. Characters interact in clichés, but it’s testament to The Long Dark’s impressive atmosphere that you’ll still find yourself invested in the story’s outcome.

For gamers who want a more guided experience, this “Wintermute” campaign mode is a good shout. If it’s a similarly guided but much more challenging experience you’re after, the Challenge mode is probably what you’re wanting. A series of nightmarish scenarios stack the odds against you, and your goals vary in each of them. Whether you’re ascending to the map’s highest point, or facing off with a brutal foe, you’ll have your work cut out for you.

In any case, the transition to the Switch is largely a strong one – the game runs brilliantly, with what feels like a consistent 30fps framerate, but visual sacrifices were, naturally, thoroughly necessary to achieve this. Visually it’s a huge step down from its original form, but thanks to its stylised graphics, this isn’t really a huge problem. It’s more noticeably rough around the edges in docked mode, but in handheld, it’s pretty good. Some extremely blurred textures will jar you at times, but mostly the graphic novel-ish aesthetic holds up rather well even with these technological limitations. 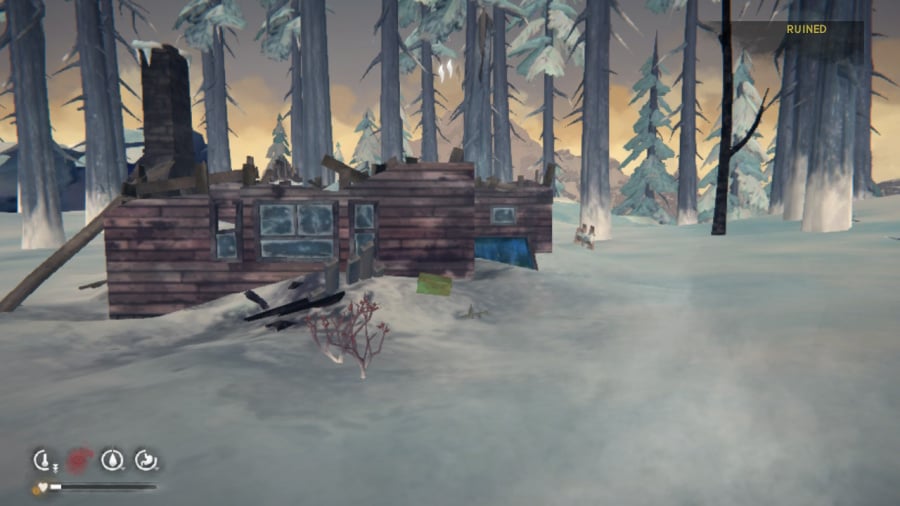 There are some other niggles, too. We found that the UI could occasionally be irritatingly vague, where a button hold was required rather than a tap, and picking up small objects from the ground can be a bit finicky using both the analogue sticks and gyro controls, but you’ll pick these skills up relatively quickly. The Long Dark requires perseverance to learn all its many, many systems – more than we can realistically detail here – and the occasionally finicky controls can inadvertently enhance your sense of helplessness.

The Long Dark is an onerous experience, but a memorably and powerfully atmospheric one. Its Survival mode stands out as something of a singular achievement on the Switch – and one we’d urge you to try if you don’t mind freezing to death more than a few times before you’ve got a grip on how to last a couple of nights. It’s difficult to call it outright fun given its sheer hostility, but it’s certainly absorbing and at times downright terrifying game. Just like real life, nature is the real enemy.